The Tremblay bros. and series writer Lance Falk are at the Anime Matsuri convention this weekend in Houston, Texas! From there Christian and Yvon have decided to do their Periscope session.

From the SWAT Kats Revolution Kickstarter:

Download the Application on Apple or Google Play and join us on PERISCOPE and search for: SWAT KATS REVOLUTION.

Don't forget to check your time zone to compare with Houston's (it is in the Central time zone) so you don't miss out!

Happy New Year, Kats fans! ^_^ 2016 looks to be as exciting as 2015 for our beloved feline vigilantes' return. Some news tidbits from the latest kickstarter update.

- For those of you still waiting on your art books, the last of them have been sent out as of January 5th. All the other rewards have been sent out to many excited fans. If you still haven't received everything (or anything) by the end of the month, I'd suggest contacting the Tremblay Bros.

- The Tremblay bros. will now begin working on the 2 minute animated teaser which the fans' pledges helped make possible. A blog will be set up at a later date to show in-progress works.

- There was a preliminary business meeting held and a "Major Hollywood Studio" seems to be considering developing the SKs with the Tremblay Bros.!! Keep your claws crossed Kats fans that the meeting being held this month results in a green light from this studio! Could this really be it? A return to the skies of Megakat City for the SWAT Kats? Only time will tell!

Are you an artist? Love to draw? Enjoy drawing the SWAT Kats? Have a SWAT Kats fan character? Megakat City forums are once again hosting a SWAT Kats Secret Santa event! Sign up deadline is December 15th.

For those who haven't been following the Kickstarter or may have just missed the announcements, most of the items have been received from the respected places of manufacturing and the Tremblays have approved.  Items have begun shipping and many fans, including myself, have gotten their pledge rewards.

I ended up splurging a bit extra for the signed card on top of the hoodie and received the card in the mail this past week.  It was printed on high quality card stock and looks really nice.  I'm glad to see that they did sign them, each one of the cards individually, instead of printing signatures in.  Here are scans I took of the card itself.  It came in a thick photo envelope (no padding tho) and covered in a folded paper with faded SK image and sealed in that with a round sticker that has the SK symbol on it.

Pretty neat, though I wish I could have gotten the signed animation cel print, it's still cool to have the SK creators' signatures.  Not sure how the other items are doing, so if you've gotten your reward items, please take a pic and share with us. ^_^  I ended up with two of these actually, so unless there was a mistake made I need to correct, a big thanks to whoever it was that pledged this for me.  *hugs*

If you haven't already heard, your wildest dreams are probably just about to come true!

Christian and Yvon Tremblay are planning to revive the series -- and no, I'm not yanking your tail!

They've funded their project, called "SWAT Kats Revolution," on Kickstarter, and they've already hit their initial fundraising goal of $50,000 and could be reaching $100,000 in the next day or so (there are about 15 days left in the fundraiser as of the date of this post).

For more details, check it out here:  https://www.kickstarter.com/projects/1820796125/swat-kats-revolution

The latest cool swag that was posted to the site was a video message from Barry Gordon, the original voice of Razor:

Welcome to Megakat City, a place to discuss the action-packed animated series SWAT Kats: The Radical Squadron. Since its debut in 1993 on TBS, SWAT Kats has had a "cult following." Whether making new fans or being rediscovered by old fans, the show continues to be a hit even after 20 years.

This forum, meant for fans old and new, gives everyone the opportunity to gather together and talk about the series, share art and fiction, or just get to know one another and have fun.

Megakat City strives to be the central hub fans come to for the latest news on the series’ possible return and fandom happenings. A place where verified information can be found, and the difference between speculation and fact can be determined.

The SWAT Kats fandom has seen its share of ups and downs in participation, yet it remains after all this time, a testament to the show’s status as one of the best cartoons of the 90s.

So, will you become a citizen of Megakat City?

Just random things going on in the SWAT Kats fandom that might interest this community. ^_^

SKFAA Update - There has been another update to the SWAT Kats Fan Art Archive: http://fyresight.com/skfaaart/

SWAT Kats merchandise - SK fan Jordan McCall shared some images he found a few years back at an ebay auction of some SWAT Kats "Action Sets" toys. I myself have never seen these before, have any of you? http://swatkats.info/swat-kats-action-set

Found this awesome SWAT Kats theme remix on youtube and newgrounds. Done by A.COE, he has incorporated both season 1 and 2 opening themes in an electronic/dance remix. Something we rarely see is fan music and this is wicked awesome. 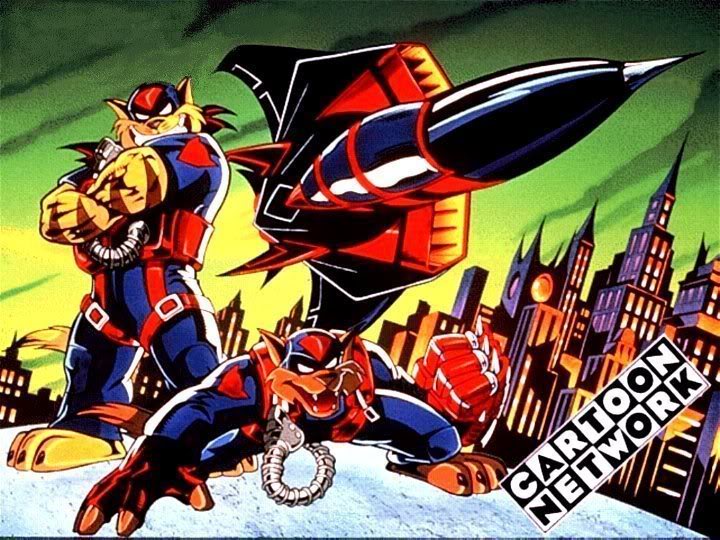 20 years ago today, SWAT Kats: The Radical Squadron debuted on TBS! The first episode was The Pastmaster Always Rings Twice and from there fans saw two awesome seasons of the action adventure animated series produced by the greatly missed Hanna-Barbera studios. The fandom has seen its ups and downs in activity but the SWAT Kats still live on through fan sites, fan art, fan fiction, role play games and various social networks.

For anyone who's up for a bit of nostalgia, here are s few links to sites I highly recommend:

SWAT Kats DVD set at WB shop It took many years but finally the complete series was put on DVD. Support the show and purchase the official DVD set!
The SWAT Kats Encyclopedia - THE source for accurate SWAT Kats information.
SWAT Kats Fan Art Archive - Want to find some SWAT Kats fan art? This is the place to find it! The SKFAA has been around almost as long as the show itself so there is old and new artwork alike.
SWAT Kats Fan Fiction Archive - Wanting to read more adventures of T-Bone and Razor? Like the SKFAA, the SKFFA has been around for ages and has a collection of SWAT Kats fan fiction, much of which isn't found anywhere else!
Tremblay Brothers Studios This is the official site of Yvon and Christian Tremblay, creators of the SWAT Kats. See all the other wonderful programs the Tremblays have been involved in.

There are several more good SWAT Kats sites out there, some of which you can find the links to via the SKE. These will get you started for getting your SWAT Kats on.

Just a heads up to folks that

aerokat is hosting a SWAT Kats Summer Secret Santa art trade on her Poecat Comix website! For more information, go here: http://2013.poecatcomix.com/swat-kats-secret-santa/ and fill out the form below. ^_^
Collapse